Posted on November 20, 2019 by gregorykimball

I just finished a kitchen lighting retrofit so I thought I would share some of the things I learned. Our kitchen had four 40W T12 fluorescent bulbs when we moved in and by the time two of bulbs stopped working the kitchen was noticeably darker. As you may know, I am an evangelist for LED lightning retrofit, so I immediately purchased some LED bulbs branded “InstantFit” or “Universal Fit” that would act as drop-in replacements. Unfortunately, two bulb positions were still not working – but to my surprise it was not the same positions as had originally failed. Turns out I had both bad bulbs and bad ballasts with the original installation. 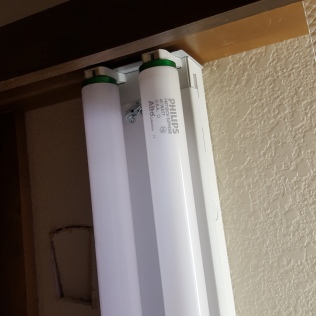 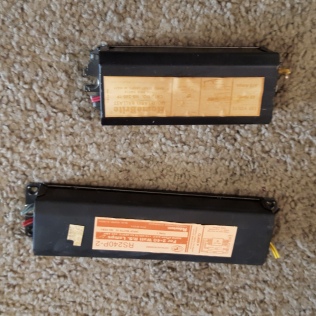 Rather than try to replace the crusty old ballasts I decided to go with a “Direct Wire” LED retrofit which completely removes the old wiring and ballast and hooks up directly to the 120V lines. Next time you have some fluorescent lights fail, my advice is ditch the ballasts and go direct wire! 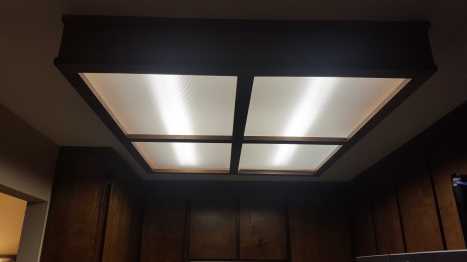 This entry was posted in Electronics, Home projects. Bookmark the permalink.